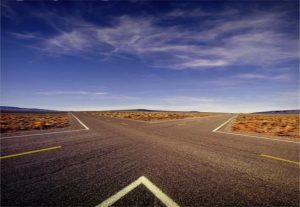 Yes you read that headline correct and no I’m not one of those types who wants to throw logic to the wind. Hear me out, I value being thoughtful about plans and most of the time I spend hours deliberating over and weighing my options. We live in a culture that highly values separation from emotion, stoic responsiveness, and reason as the driving force of decision-making. I personally prefer to think objectively about my options, sorting them into clean lists that can be analyzed and evaluated. While I acknowledge there is value to using logic and reason to aid in making decisions, I also want to propose a few ways logic can hinder decision-making. Consider the following:

Sometimes fear can disguise itself as logic. Have you ever had a vision or a dream of something big you wanted to do, but the more you thought about it the more you began to poke holes in your grand idea? Sometimes these hole-poking sessions can add value to your process by teaching you how to beef up your skeletal idea, but if we’re paying attention perhaps we will begin to find that this hole-poking is actually fear stepping in and stealing the microphone. Instead of asking the questions about who will approve of your decision, if others will view it as wise, or how you can possibly accomplish everything the dream entails – try asking God, “Is this aligned with your will?” If we’re not careful, we can easily allow fear to talk us out of something because it doesn’t make sense or it can’t be possible, but God has shown again and again that He takes the foolish and impossible things of the world to make Himself known and glorified.

Separating yourself from the emotion of a decision can actually dampen the passion that first led you to the decision crossroads. Often those things that seem most terrifying are the things that make us feel most alive. But acknowledging the feelings of fear and uncertainty, or feelings of excitement and thrill, requires a certain level of vulnerability (see Brené Brown’s writing for more on this topic). When we bring logic in as an effort to make ourselves look more polished, we can actually drown out the passion that brought us to this place. One thing I love about the Psalms is the emotion expressed by its writers. Those who know me know I am not one to allow my emotions to rule or to be overtly expressed, but that doesn’t mean I don’t want to. I read the Psalmists’ cries of anguish and shouts of joy with a sense of longing. God created us as beings capable of emotional expression. When we downplay the emotion of an event, we minimize its impact.

Logic may cause you to miss out on the adventure God has planned for you. Although I fully believe in the first two reasons listed above, I also believe books can (and have) been written on this third point alone. The point of the Christian life is to experience God. How often do we opt out because the adventure proposed before us doesn’t look logical, wise, attainable, etc.? One of my favorite stories from the Old Testament is from Joshua 6 when God gives Joshua instructions on how the walls of Jericho will fall. Here’s the instructions God gave him:

“2 Then the Lord said to Joshua, ‘See, I have delivered Jericho into your hands, along with its king and its fighting men. 3 March around the city once with all the armed men. Do this for six days. 4 Have seven priests carry trumpets of rams’ horns in front of the ark. On the seventh day, march around the city seven times, with the priests blowing the trumpets. 5 When you hear them sound a long blast on the trumpets, have the whole army give a loud shout; then the wall of the city will collapse and the army will go up, everyone straight in.'”

Uh okay God, march around and shout and the walls will fall? All I can think about is how foolish I would feel if those were the instructions God gave me. I’m sure I would have some argument about how a trumpet blast couldn’t possibly cause an entire city wall to crumble. I would have begun doing research about the elements used to build the wall and the engineering behind it. I could have presented to God an intelligent and articulate argument to his marching and trumpeting idea. But God had an adventure planned for Joshua and his army and Joshua was faithful enough to trust God’s illogical plan. Then God came through.

The point is not that we feel fully prepared for what God is calling us to; it’s not that we have everything we need and know the answers ahead of time; and it’s not having the ability to explain to our friends or family how every detail will work. The point is when God says, “I have something planned for you” that we have the audacity to believe in God and reply, “I trust you”.